Be part of the future of JavaFX – JFX Adopters Meeting 2020

„Write once, run anywhere“ is not only the slogan but also the key advantage of this multi-platform-development launched by Java.

JavaFX – a next-generation client application platform for desktop, mobile and embedded systems built on Java. It enables the development of modern applications with Rich Media content, audio, video and provides an attractive experience when using applications developed with it.

JavaFX was originally part of Java SE Development Kit as JDK 8. It is fully open-sourced and detached from the Development Kit since JDK 11. This enables individuals and companies alike to join the community and drive the future of JavaFX.

A JFX Adopters Meeting was held 2018 in Munich, to exchange information on current projects and future plans. Representatives of the JavaFX ‘ecosystem’ (e.g. Oracle, Gluon, BestSolution, Karakun, JPro) attended the meeting, to discuss a viable picture of JavaFX with the attendees. Concerns raised at the time regarding the difficulty in contributing code changes and lack of support for 3D-rendering have now been overcome.

The move from JavaFX Mercurial Repository to Git and OpenJFX on GitHub has drastically reduced the turnaround time and facilitated developers to integrate their own fixes in official JavaFX code. Lead developers have been freed up to concentrate on future development whilst the community contributes to fixing and stabilizing JavaFX. Contributions and accepted pull requests have shown that the process of fixing bugs, instead of only reporting in a bug database, is now becoming best practice and JavaFX is back to being a highly active initiative. The number of new projects started with JavaFX as user interface technology has increased. Integrated devices, like user interfaces in the car or machines, have come more into focus. Furthermore, due to the separation of JavaFX and the JDK with JDK11, it is now finally possible to compile JavaFX like any other open-source library. Consequently, with the greatly increased development speed, the JavaFX developer is more independent than ever before.

Since JavaFX13, its support for 3D-Rendering has greatly improved. With the new NIO-Support for writable images, it is now possible to integrate VLC, WebGL, OpenGL into existing JavaFX applications.

Furthermore, Oracle has announced the extension of its commercial support for JavaFX 8 to the year 2025: a total of 11 years, considering Java SE Development Kit 8 was released in 2014. Compared to other UI-Toolkits (I’m pointing to you, Angular), this is a very reliable foundation for Desktop-Development, which can also be used for Mobile Applications (Gluon) and Web Applications (JPro) with a reliable API that will be stable for decades.

The next JFX Adopters online meeting will be held virtual on Wednesday, the 14th of October 2020.

To register for the JFX Adopters Meeting online on Wednesday, the 14th of October 2020 please click on the following URL: http://zeiss.com/jfx-adopters-meeting 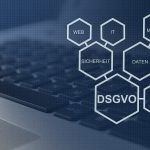